Way back in the summer of 2004 - gosh, I can't believe it was more than 15 years ago - we attended the Corrs concert in Boston. Through my radio connections, we were treated to front row seats, and it was an amazing event. After the concert, I managed to get one of Jim's guitar picks, and though it's been around here for years, I found it today while cleaning out a pen-holder.

It's got the Corrs text logo from the IN BLUE days on it. What's curious is what's on the other side. It looks like a ball-point pen drawing of two parallel lines with a perpendicular connector between them. One of the parallel lines is broken at that connector, and below all of this is what looks like the letter "Y".

I'm going to attempt to post a scan of this pick: 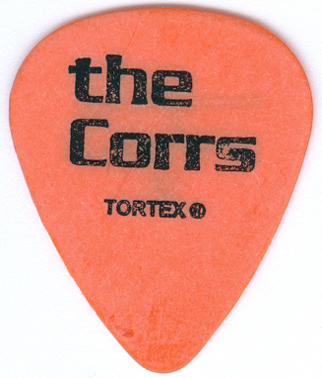 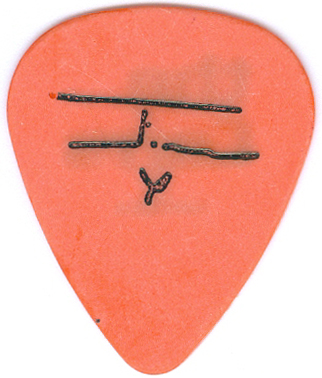 Harry in the USA